TAKE FAITH FORMATION INTO THE HOME WITH ONLINE FAMILY DEVOTIONS.

TOPIC ONE–The Culture: Where Are We? This pre-recorded presentation will be available to all registered participants here on the Conference page.

TOPIC ONE–The Culture: Where Are We? This pre-recorded presentation will be available to all registered participants here on the Conference page.

TOPIC 1 – The Culture: Where Are We? Discussion

Affirming Parents Where They Are/Focusing on The Call of Parenthood

· Family Catechesis in the Fort Worth Diocese – What do we do to create a sacred space? (Dr. Marlon De La Torre)
· The Call to Parenting through Storytelling (Denise Utter)
· Visual Faith for Families (Nancy Going)

Resources ideas, groups, forums, curated resource sites, print resources, digital resources, and more
Networking space? What might that look like moving forward? Is there a way for regions to create their own network? 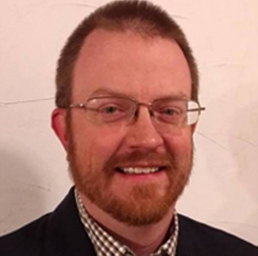 Pete Socks is a converted Catholic still learning the faith after 21 years. As the Marketing Manager for CatholicBrain.com, Pete works to share the faith through this great teaching tool. He continues to learn the riches of our Faith through books. The passion to read has led to his ministry as a book reviewer for leading Catholic publishers. You can find his reviews and author interviews at The Catholic Book Blogger on the Patheos Catholic portal (www.catholicbookblogger.com). When not reading, writing and podcasting.Pete is the happily married father of five making a living as a freelancer in rural Pennsylvania 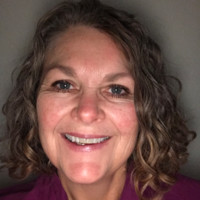 Mary L. Wilsonworks as program manager for CatholicBrain.com, a premier Catholic education platform. Prior to coming to CatholicBrain.com, she served 30 years in the public relations field for a variety of government agencies. She has taught continuing education courses for hundreds of federal officials, as well as religion classes in various parishes throughout her career. Mary has a Bachelor of Artsin English and Theology, from Saint Mary College in Leavenworth, Kans., and a Master’s of Artsin English from The Catholic University of America. Mary is blessed to call Cheyenne, Wyoming, home, where she resides with her two dogs 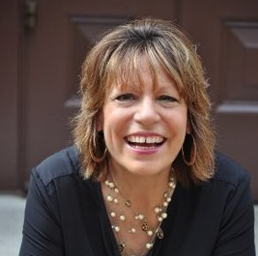 Dr. Nancy Going, Vibrant Faith’s Executive Director, still loves working with kids as a volunteer in Children’s Chapel at her church. She has spent her career in ministry leadership with youth. Nancy came on board the Vibrant Faith team as Executive Director in 2014 after teaching and providing leadership at Luther Seminary in the Children Youth and Family Ministry Masters Degree Distributed Learning Program. She has authored articles, curriculum, and contributed to books.Nancy lives in Durham, North Carolina with her husband Art, an Anglican priest, and they have launched two new families from their children. You can connect with Nancy on the Vibrant Faith blog, Facebook, or Twitter 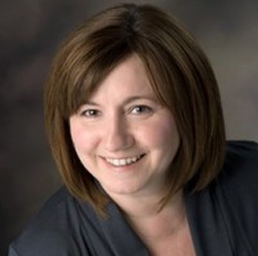 Denise Utter, with Vibrant Faith, is a writer, educator, and speaker who presents on topics of faith and evangelization at national, regional, and diocesan conferences. Her experience at both the parish and diocesan levels shapes her work as a consultant who accompanies church leadership teams in their efforts to create vibrant and engaging faith communities. Denise’s publications include articles for Catechetical Leader, Catechist Magazine, and Take Out: Our Faith on the Go! (OSV), and in online curriculum for Our Sunday Visitor, Center for Ministry Development, and the Archdiocese of Chicago. Denise partners atStrong Catholic Family Faithwith other diocesan leaders who have a passion for affirming, empowering and equipping families in their mission to pass on their faith;she coordinates their social media page which can be foundhere. Denise earned a Masters of Artsin Pastoral Studies at Catholic Theological Union in Chicago.She and her husband Rob live in Chicago and have three adult children. 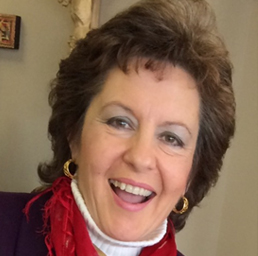 Cathy Gilmoreis an veterancatechistand an award-winning children’s author, helping educators and parents to effectively build habits of virtue in children. Hermenagerie of pretend animalsidekicksempower youngsters to think of themselves asVirtue Heroes.Cathy believes that moral character can be infused gently in young hearts through faith-filled imagination.Cathy is honored to come alongside educators and parents, equipping them as Virtue Mentors to children and youth. Certified in Catechesisof the Good Shepherd, Cathy offers simple and practical methods to strengthen children with habits of fervent faith and vibrant virtue.Find out about about Cathy’s efforts to creatively equip teachers and families to inspire a desire for heroic virtue in children at: www.virtueheroes.com 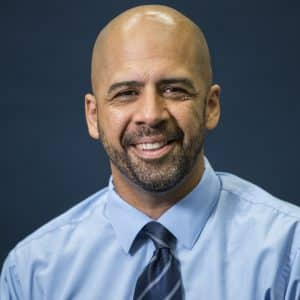 Department Director of Evangelization and Catechesis
Catholic Diocese of Fort Worth

Dr. Marlon De La Torre currently serves as the Department Director for Evangelization and Catechesis for the Catholic Diocese of Fort Worth. He has been with the Catholic Diocese of Fort Worth since (2010). His professional catechetical background spans over twenty-four years asthe current Diocesan Director for Evangelization and Catechesis, Diocesan Chair and Host of theNational Hispanic Encounter (Encuentro), professor of Catechetics for Holy Trinity Seminary for the Catholic Diocese of Fort Worth,Executive Coordinator for the Pastoral Provision in conjunction with the Holy See and the Congregation for the Doctrine ofthe Faith,adjunct professor of Catechetics for The Catholic Distance University, an instructorand writerfor the Augustine Institute’s Symbolon RCIA and Adult Ed programs. He previously served as a Parish and Diocesan Director of Religious Education, Catholic High School Principal and Dean of Catechetics at Sacred Heart of Jesus Catholic High school in the Diocese of Memphis, and Superintendent of Catholic Schools in the Diocese of Kansas City-St. Joseph. Published worksinclude his first book entitled: Screwtape Teaches the Faith which parallels C.S. Lewis’ Screwtape Letters with the Catechism of the Catholic Church (Tan/Saint Benedict Press 2011) and Man Up: Becoming the New Catholic Renaissance Man(Bezalel Books 2014); Symbolon Series (Augustine Institute, 2013).He has been a contributing writer for Catholiclane.com,Catholicexchange.com,“The Sower International Catechetical Journal,” catholicmom.com, The North Texas Catholic, and his article have appeared on Catholic News Serviceis regularly featured on Newadvent.org. He blogs professionally at: knowingisdoing.orgTelevision and radio credits include:EWTN Livewith Fr. Mitch Pacwa discussing his book Screwtape Teaches the Faith , EWTN (Spanish) Nuestra Fe En Vivo with Pepe Alonsoand weeklyEWTN Radio guest appearances on the Sonrise Morning Show, Al Kresta Live, Catholic Connection with Teresa Tomeo , Catholic Answers Live, and Relevant radio.Education: Dr. De La Torreattended Franciscan University of Steubenville earning undergraduate degrees in Theology and Mental Health and Human services and a master’s degree in Theology with a Concentration in Catechetics. He attended the University of Saint Mary in Leavenworth, KSand earned a master’s degreein Educational Administration and Curriculumand a PhD in Catholic Education, Catechetics and Doctrine from the University of Notre Dame in Australia. His most important ministry is his family!Marlon and his beloved wife Amy have been married for almost twenty-four years and have been blessed with thirteen wonderful children Miguel (21), Gabriella (18), Maria (15) and Gianna (6) and nine in Heaven 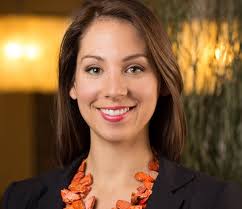 Jennifer Baugh Founder and National Executive Director of Young Catholic Professionals, Jenniferreceived her Bachelor’s of Science in Marketing from Trinity University and MBA from Texas A&M. Jennifer worked for Merrill Lynch in the Global Wealth Management practice, earning Series 7 and 66 licenses, and for FTI Consulting in the Corporate Restructuring practice. She is passionate about encouraging a culture of Catholic community in all aspects of our lives, especially in the workplace.Young Catholic Professionals (YCP) is one of the nation’s fastest-growing Catholic organizations with chapters in cities across the country and international potential. YCP, a 501(c)(3) non-profit organization, was founded in 2010 with a mission to “Work in Witness for Christ.”

Fr. Joe Kempf is the second of six children, a diocesan priest from St. Louis, Missouri, and someone whose love of God shows forth in an enthusiasm for life. He has a Master of Arts Degree in theology and a Master of Divinity Degree from Kenrick Seminary. Fr. Joe is pastor at Most Sacred Heart Church, Eureka, MO. In everything he does, Fr. Joe brings a love of storytelling, a heart for God's people, and a desire to remember those things that really matter. He enjoys sharing his gift of storytelling in person and throughhis books. Fr. Joe is the founder of GOSPEL VALUES, a non-profit company dedicated to proclaiming the beautiful message of Jesus for children of ALL ages
Father Joe has published four prayer books for children entitled: My Sister is Annoying...and Other Prayers for Children; You Want Me to Be Good, ALL DAY?; Don’t Drink the Holy Water: Big Al and Annie Go To Mass; and Sometimes Life is Just Not Fair.Sometimes Life Is Just Not Fair helps children by its focus on the death of a loved one, life after death and grief. This book also has a section for parents and teachers about how to talk with children about these crucial life-issues.